Today I put my dog to sleep…

My dog, Tubby, has not been doing well for some time. Almost 2 years ago (it was Christmas) he started walking funny, he couldn’t keep his balance, and kept falling over. After taking him to the veterinary clinic we found out he had Vestibular disease. We got that cleared up but things really started to go down hill. He was 12 then. Afterwards he had a stroke that left a lesion on his spine that made it so his back legs stopped working so well and slowly started to atrophy as a result. His hearing went, and then his site (for the most part). In the end the spinal lesion coupled with partially working hind legs gave him very little feeling “back there”, so I had to keep him in a diaper 24/7.

I joked about it… having a dog that literally would shit while he ate. He also shit like a horse, completely oblivious to what was coming out of his ass. That was pretty comical also, except for days like today when I took him for his last walk and as he started up the stairs “duty called” midway up. He had no idea what was going on but his hind legs went into a reflexive squat so he could relieve himself. That’s when he lost his balance and fell back into “it”. The hardest part about making the trip today to the vet was that he was recently checked out and I was told he still had a strong heart. His mind was still there, albeit missing some senses, but his body was failing. After a walk outside I would put a fresh new diaper on knowing that within minutes it would already be soiled. I couldn’t let him live like that any longer, so with a belly full of peanut butter I took my champion in… 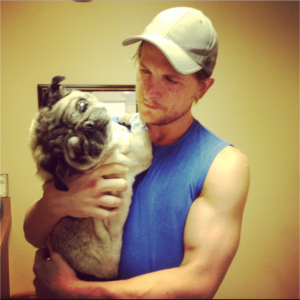 I wanted to write this post so Tubby would be remembered and, so some of the good times, funny stories, and amazing things he did would never be forgotten.

I was living with 4 other guys, a lab, and 2 pugs in a 3 story apartment and had been thinking for awhile that I think we need another dog in the house!

Still not out of college, and donating plasma twice a week to make ends meet, I didn’t have a whole lot of disposable income. I wanted a dog, but $600 was A LOT of money for a poor college kid.

Serendipitously, I frequented the Comedy Zone and one night they were having an amateur night where the prize was $500! MONEY IN THE BANK!

BTW, for those with no sense of humor, that’s what we call in the comedy world “funny as shit”! 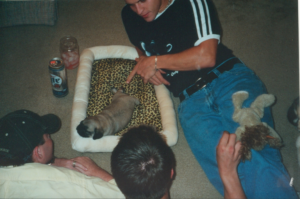 Tubby was the perfect dog…

He was all puppy. He didn’t need a lot of attention, but if you gave it to him he acted like you were the best thing since sliced bread! He listened (when he still could hear); he never got into mischief; and he was a snuggler on your lap.

He even got the chance to be a dad! 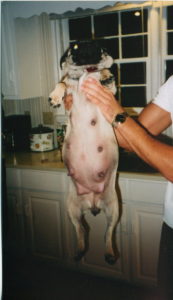 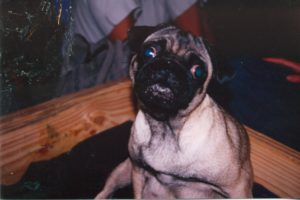 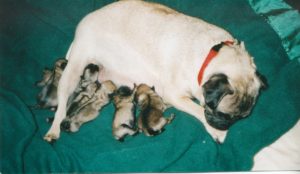 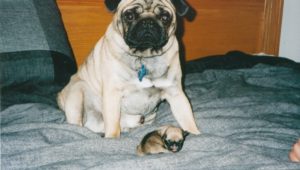 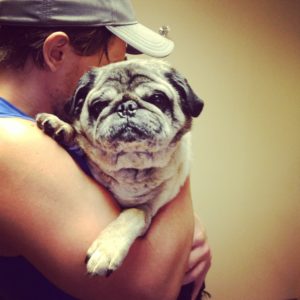 This author hasn't written their bio yet.
admin has contributed 7 entries to our website, so far. View entries by admin.

Your email is safe with me! :)

We're currently offline. Send us an email and we'll get back to you, asap.